Building amazing software, one piece at a time.

Apache Kafka is a popular messaging middleware, centered around the concept of topics and partitions. In this article we make a parallel between CoralSequencer and Kafka to understand how these two very different systems go about solving the same classical message distribution problem.

IMPORTANT: We recognize the importance and benefits that Apache Kafka brings to a lot of customers. This article is not intended to downplay Kafka’s role in the market. For most companies, Kafka does the job, and does it very well. The goal of this article is to demonstrate to a small subset of customers, that needs distributed systems with ultra-low-latency, zero-GC and high-availability through determinism, a different paradigm (sequencer architecture), which has been used successfully by the financial market (largest exchanges and top market makers) for decades.

This short video is very informative about how Kafka works. Below a screenshot from the video describing how Kafka distributes messages through topics and partitions:

The main takeaways from the Kafka architecture, in comparison with CoralSequencer, are:

All consumers get all messages from the topic in the exact same order, always. 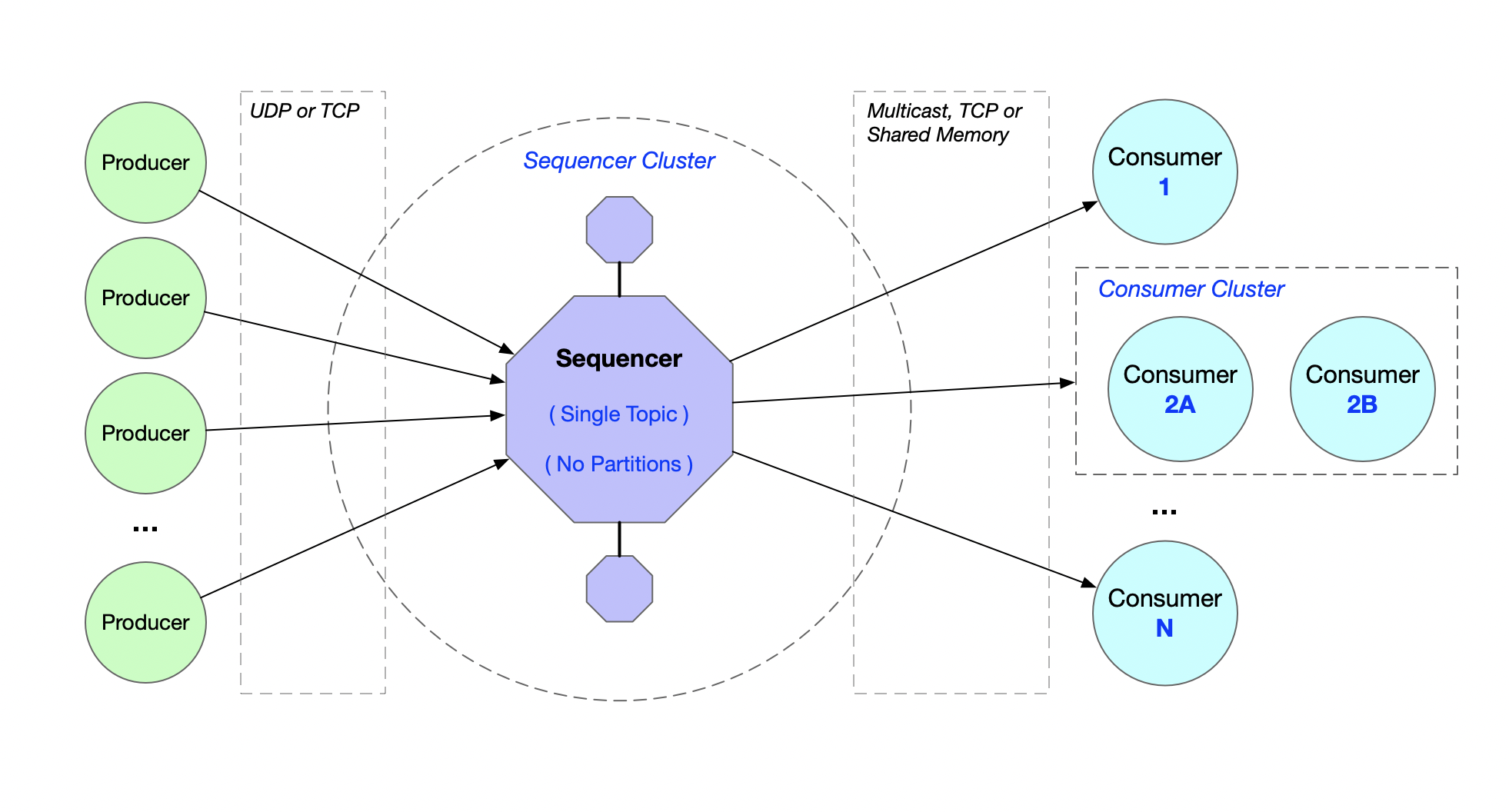